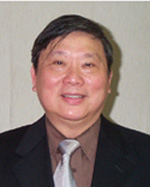 Dr. Wu is a member of the Eta Kappa Nu and Phi Tau Phi Honorary Scholastic Societies. He received the IEEE Fellow Award in 1998 and a Third Millennium Medal in 2000. He has also been the recipient of numerous research awards from the Ministry of Education, National Science Council, and professional foundations in Taiwan.